Back to News & Insights

Our New Aspenites: Meet the Fresh Faces Working at Aspen!

One of the highlights of working at Aspen is our four exuberant directors, all of which have their own distinct personalities and charm. They are in many ways the public face of Aspen and do a fantastic job of representing the company as down-to-earth, professional, and approachable. However, they are not only ones carrying out the hard work that we do! While our directors understandably receive a lot of the spotlight, we wanted to take some space to get to know the newer team, and in particular, what draws them to Aspen. 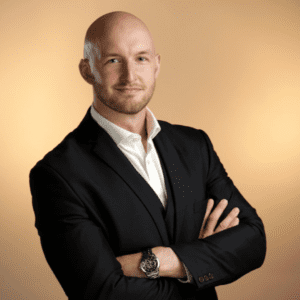 The most seasoned of the new Aspenites, Mike’s current position is as a Senior Consultant, providing executive search services to clients and developing Aspen’s relationships across many different sectors and industries (in particular, third and public sectors). His strengths lie in his easy affability, assuaging tension and uncertainty from the moment you sit down with him. And certainly, it’s this relationship-building Mike finds the most enjoyable about his role. Even though working with executives can be intimidating, Mike finds joy in the reminders of their humble humanity: ‘When you’re getting to hear how they fell into the river from fishing the day before, you’re like: “hah! […] This is great!”’ For him, getting to know clients and candidates is a fun aspect of the work, but also a vital one, ensuring that there is a good ‘culture fit’ between them and longevity in the role for the person selected.

Compared to his previous employment, his five-year journey with Aspen has been one of the most rewarding, not only monetarily (he describes the work as ‘rewarded fairly’, an important part of feeling valued in a role), but in the sense that he gets to see positive outcomes for both clients and candidates alike. Seeing a candidate through the recruitment process, supporting them, and ultimately helping them secure a better position – as well as seeing the client find the right person for a much-needed role – makes the work worthwhile, especially in the public and third sectors Mike works with the most. ‘You’re getting to see positive outcomes from people you place, rather than just: “we’ve placed some sales guy and he’s made the company a hundred grand.” There’s a care directive that’s gone in and it’s totally changed a service,’ Mike explained.

Mike also spoke about the relaxed and supportive work environment Aspen promotes for their employees, with no mandatory KPIs (for those who don’t know, this stands for key performance indicator, which some companies use to set minimums for the number of calls, clients, tasks, or sales employees must fulfil). Instead, Mike relishes the freedom he has to take time with calls, really listen to clients, and to push back deadlines if needed, in order to secure the best outcomes. ‘You’re really trusted to make a success of it yourself’, he summated.

In terms of working with the directors, Mike noted how there is a conscious effort to consider and discuss workloads. All of this fosters a healthy work environment, which in the past few years has grown into being an open space where the team can discuss their mental health and receive the support and space needed at the time.

He has enjoyed seeing the team expand to recruit the fresh faces of Kate and Lauren, being on-hand to answer any queries (though he admits they’ve been getting on well without him!) and he especially likes that no one person’s role is the same. Everyone has a unique identity and role, playing on their individual strengths. Which brings us to our next team member… 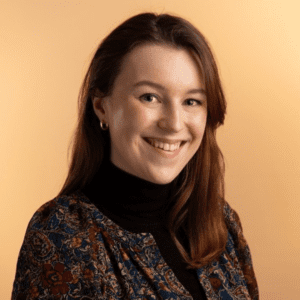 Kate is a relatively new recruit having joined just five months ago, but has settled comfortably into her role as a Consultant, approaching and checking in with candidates, liaising with the directors, and compiling response records. Like Mike, she is very much enjoying maintaining client relationships and working with organisations and charities she feels passionately about supporting. She is quickly finding her feet in presenting herself as confident and approachable, despite often having to speak to some initially intimidating candidates in high level positions. She noted that she often feels imposter syndrome encroaching in when speaking to higher ups, but this has been more alleviated by the supportive team environment at Aspen. ‘We’ve got the directors always on-hand if we feel like we can’t speak to that kind of client or if we need a bit of reassurance. It’s definitely a warm relationship that we have, and that helps build relationships with clients as well.’

Having come from a previous role of being ‘completely micromanaged’ as she describes it, Aspen was a breath of fresh air. She has the freedom and autonomy to manage her own day, allowing much more space to develop and grow. ‘It gives us a bit more freedom to develop ourselves, and feel like we’re part of the team,’ Kate explained. But, she noted, neither are you completely on your own: having a team to rely on has made a huge difference in building that confidence to approach clients. Kate also spoke about the close relationship between newer recruits and the directors, who provide monumental support both professionally and personally. From team night outs to getaways in Aviemore, she explained that team morale is high because of the conscious effort to foster healthy relationships. She is similarly thankful for having another newbie on the team to chat to and commiserate with, a newbie called…

The newest face at Aspen (recruited only two months ago!), Lauren is grateful for the opportunities to work with one of Aspen’s directors, Donogh O’Brien, in building relationships within education and the third sector. With a degree in Public Policy, Education and Equity, she is excited to have found a role that is related to what she studied at university (not always a guarantee!). ‘When I was talking to Donogh in my interview, he was basically saying that his job was putting the right people in charge of different educational organisations and that was a chance for me to get involved […]; I felt like I was making a difference and I felt like I was getting to use my degree.’ More recently, she has also been able to implement her passion for diversity and inclusion by working within social value and equality.

Like Kate and Mike, she also emphasised how much she enjoys the sociability of her role, something that may not have been afforded to her had she pursued a career in policy writing (another potential career pathway stemming from her degree). Being so new in the role, intimidation is definitely a factor when speaking to clients, but again she notes that the relaxed environment means she can take her time preparing for calls and speaking to clients. Consequently, Lauren feels more appreciative than scared: ‘You feel really lucky to get to talk to the people you do.’

For Lauren and the team, communication is vital for maintaining that positive outlook. ‘We’ve got a big culture of voice notes at Aspen,’ she explained. The flexibility and personability of leaving a voice note mean that even when directors are busy, there is still an opportunity to talk to them every day, as they always make the time to reply. Further, she is thankful for the help and expertise they provide. ‘The directors have massive networks of people and years of expertise at doing what they do’, Lauren explained, meaning that if she is ever having trouble finding a recruit, the directors often have a handful of people in mind for her to contact. Another benefit of the work culture they’ve cultivated is that the directors are always happy for Lauren and the team to explore different sectors, and with each director having their own speciality and expertise, new recruits are encouraged to shadow for multiple directors so that they can explore more thoroughly what they want to do. That flexibility and opportunity for growth is one of the benefits of working for Aspen, according to Lauren, and she anticipates continuing to learn and develop as she spends more time at the company. 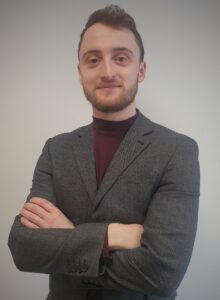 The newest face at Aspen (recruited just one month ago!), David is an energetic and enthusiastic team member who has long desired to find a job in executive search. A people-person, David was keen to have a people-focused career, helping others advance. ‘I always wanted to be somewhere connected to some kind of social good’, he explained, ‘I don’t want to just generate profit for a corporation.’ Having graduated from University of Glasgow in 2020, he was unsure where he would go. Facing the difficulty of limited opportunities for graduates in executive search, David decided to try to find a job in recruitment, hoping to build up some experience and skills.

He soon found out from the interview process that recruitment was another field with a different mindset. He disliked recruitment’s approach which treated people like “human capital”; he was in fact contradicted in an interview for suggesting that building good relationships with clients was best. He was instead told being told he wouldn’t have the time because there are quotas to meet. ‘They were offering a product more than a service’, he elaborated.

In a short amount of time, though, he met someone in executive search, who proselytised its greatness. Thankfully, this led David to reject offers he received from recruitment companies and to apply for his current position as a Talent Partner at Aspen. He hasn’t looked back, instead reaping the benefits of executive search. He expressed great gratitude for getting to work with ‘amazing people’, candidates and clients alike, and is particularly grateful for the opportunities to learn from his fellow team members. Fortunately for him, the newer team each help David map his progression, as they were all recruited at different times. Getting to see what Lauren, Kate, and Mike are doing is getting David excited for where the role will take him.

Much like his fellow New Aspenites, David has also enjoyed working in proximity to the four directors. Due to the directors’ close work with the entire team, new recruits and all, David described Aspen as: ‘the place to learn about recruitment, in four different ways!’ Because of their experience, he feels he is learning about each of their stylings and taking tips from it. For instance, he noted how Donogh has such an easy composure with clients; Debbie gets things done with an incredible work ethic; Catriona displays exceptional quality in all her work; and Nigel is well-connected and knowledgeable, especially in the housing sector which David hopes to pursue into the future. He appreciates the diversity of work he gets from shadowing each director, too, from helping a charity that helps homeless people find a new CEO, to working in heritage and the classical music scene in Edinburgh. He explained that it would be easy just to work filling the same roles with the same salaries and descriptions over and over, something more likely to happen in the world of recruitment than executive search, but that the diversity of roles and the opportunities to learn from them is a breath of fresh air. ‘That’s something that gets me up to work in the morning’, he smiled.

We hope you enjoyed meeting our newer recruits! Thanks again to our new Aspenites for taking the time to speak about their experiences.

If you think you would be a good fit at Aspen, we are keen to expand our team even further. Please don’t hesitate to contact us at enquiries@aspenpeople.co.uk or 0141 212 7555 for more information.